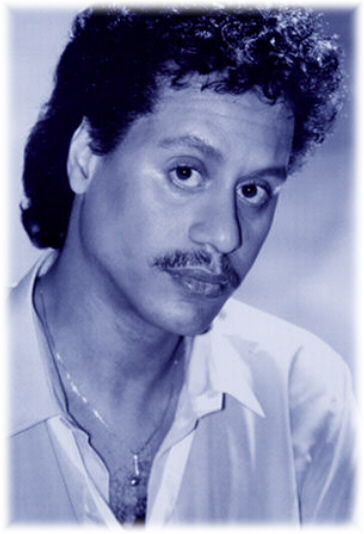 LD :   Working on my new album it is going to be released in a few different formats this time one is 5.1 surround DVD A  /  DVD V with THE IMMERSION GROUP and we are doing our own stereo CD, mixing with the great "Chris Brunt".   There are several projects some under our own prodution company (SOURCE PRODUCTIONS) founded in 1985 by lifetime brother & attorney; Darrell S. Elliott ,   myself & [wife] Luisa Dunn.  We have Luisa's album , The Steven Dunn Project , Sheldon Reynolds , Morris Pleasure , Jay King , voiceover's , jingles. Some live dates with the Jimi Hendrix Tribute tour.... Also, I'll be performing July 14th in France, "Jean Marc Cerronne" is throwing another one of his BIG, BIG, HUGE MEGA CONCERTS complete with many great musicians , dancers , fireworks, lasers and much more mind boggling ear & eye candy, these events always pull a minimum of at least a half million folks and most times much more..... it's da' bomb happenin' in Paris.
"HOT FUN IN THE SUMMERTIME"

LARRY : Yea....I remember hearing an aray of music, on my mom's side of the family who is Italian they used to sing Italian folk songs on the weekends, mom listen to and sang country & western and popular music, pop's who played piano , upright bass & guitar had some of his musician brothers get together and play jazz, that got me to listening to artist such as  Jimmy Smith , Kenny Burrell, Milt Jackson & such.   By the time I was 15.... I had already played guitar, bass, baritone horn, trombone , and *very bad* violin   ( A  disaster  )
But, Piano & Organ always seems to be the most natural. 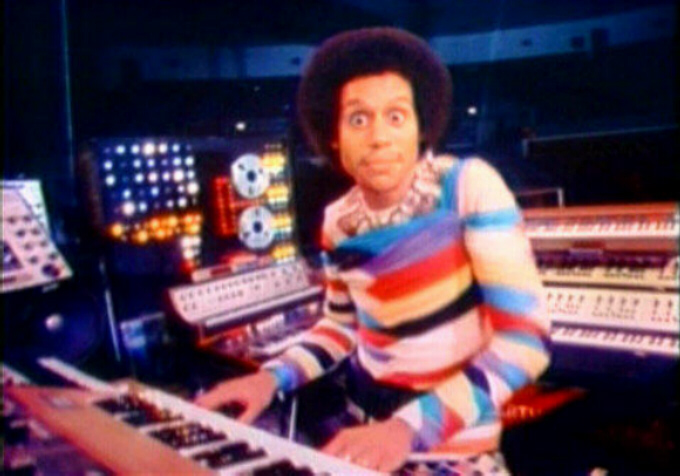 the first dude that blew everybody away was  Stevie !!

I truly never tripped.   I was just real intense about what I was doing & knew it was my calling !!

Although...at first, they did have to sneak me in the back door...shhh

I loved to practice for hours , in the words of my Mom :

LARRY DUNN :  I had been in several bands and at 15 was playing 7 nights a week  in a serious band with the likes of Hillard Wilson (bass)  Phillip Bailey (vocals) Larry Thompson( Drums) Carl Carwell (vocals) and several other great and  very disciplined musicians.

So, "Phillip Bailey"  is from Denver as well ?
LARRY DUNN :  Yeah, of course.... I first met Phillip when I was 13  &  he was 15 !   The band he was in, had the 3 baddest singers...... and the band I was in had the baddest musician cats, eventually we merged and that was the beginning 2 to 4 serious, serious bands & we performed constantly around Colorado & even made trips to kansas city,

What was it like…. being the "Music Director" & primarily the MOST astute musician.... in perhaps one of THE most important  bands of the 20th century :  EARTH WIND & FIRE  ?

Thank yáll much... for the compliment , man.

LARRY DUNN : In the beginning we basically did nothing but practice both as a unit & indivdually. Eventually we did a showcase for Clive Davis..... I'll never forget he had on his white shoes and 2 or 3 of his cats around him,  we must of played for 30 to 40 minutes, Maurice White called a meeting only a few days later & said that we were getting signed to Columbia Records. Even though I was so young in my heart ,and you can't explain it I knew that this band was destined to kick "Plentaaaay Booootaaaaaaay".

That last statement is BEYOND prophetic,  Aiiiiight ?

I had done some writing before I left Denver,  nothing like the starship I was flying on then, on our first album with Columbia ( Last Days And Time ) I didn't really do any major writting outside of a bridge or 2 here.... an intro or so there,  so I guess the real writing chops began on  "Head To The Sky"

And, I just started playing some chords then next thing you know....

it still blows me away how much people are feelin' that.

IT WAS ON  !!!!     I had really learned & grown so much.... it was great checking out Charles Stepney & Maurice working in the studio.  My writing , playing & production skills were being polished by working with some of the finest musicians in the world.    On the "live" side , by this time we had it down to a science !

And, being "Musical Director" I really enjoyed helping to hook the various interludes, medleys, solo sections & just generally making sure that it was all "Trump Tight", 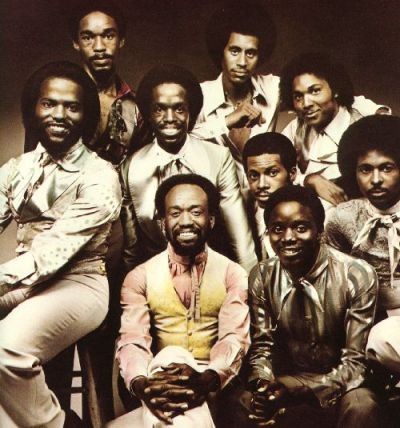 without HIS guidance ?
LARRY DUNN : As you know Foley,   Charles Stepney was one of the most unsung heros the music world has ever been graced with, not only was he one of the greatest teachers that I ever had.... but also taught many, many others. He possesed such a profound gift not only from a "natural" standpoint ,  but he had an extensive knowledge of all things technical !!   All types of music, including (but not limited to) scoring, composing, arranging, conducting, playing etc..

LARRY DUNN : Yeah.... but,  his passing ....of course it was a very sad & hard reality, however... the old saying, the spirit lives on has much more truth to it,  than many may ever understand. Even though he had physically departed,  a man like Charles..... who gave so much of himself and his knowledge had truly taught , touched , shared & blessed us all.
Wow, it's interesting ....you used the words : " Spirit"  &  "Departure "  in describing Mr. Stepney !
LARRY DUNN : Wow.....ya know , I peeped that too !!

but, not until after I thought about it , scary isn't it ?

but in a great way.

HIS SPIRIT LIVES ON...  AMEN

LD : "Ya'll want to know what it's like to get a phone call from Foley ?"
Even with me tucked up in the foot hills of California ....

I couldn't wait to come off the hill to be blessed to play with some Real Music & contribute to this great young brother's CD.

It was truly kindred spirits re-uniting for music.... for life  !

And, to have worked with you & "Eddie Del Barrio"  ( conducting )

“MIDI ”
Omni-Important  or   YOU  know how to survive, without it !

Midi has always been one of those kind of things that,  I think at one point we were glad it came along , 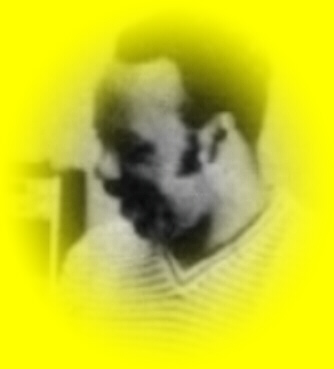 LARRY DUNN :    GENIUS  !!!
He gave us the strength morally & musically to carry on the great tradition of performing and producing music on the highest level,  both heart felt and with the greatest of integrity. 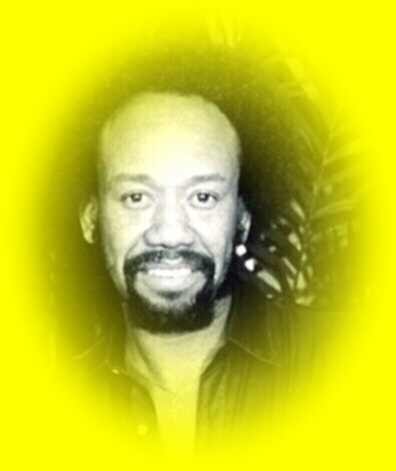 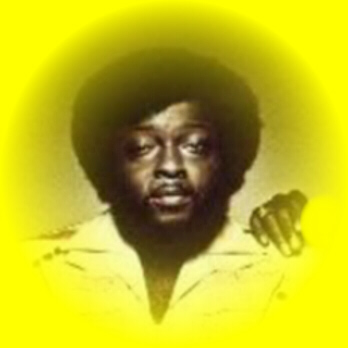 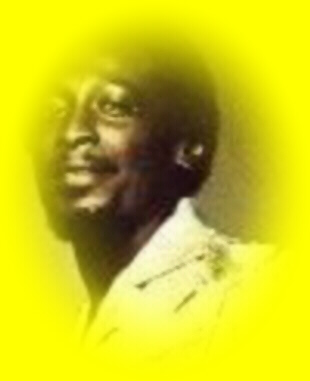 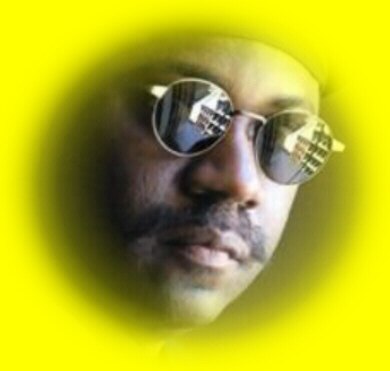 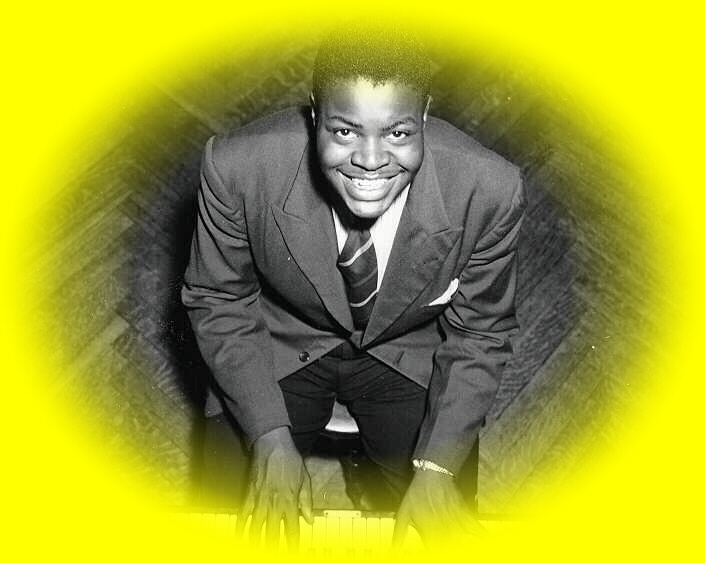 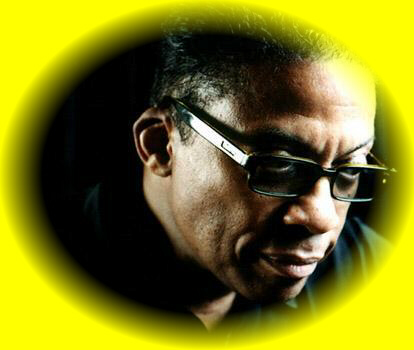 LARRY DUNN :    Piano, keyboard player & composer extraodinaire, one of the "truly" special innovators of our time. 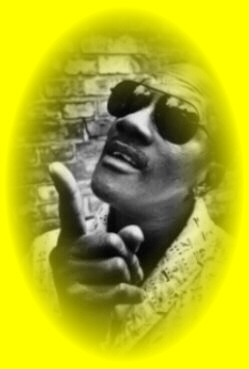 One of the "Funkiest" & Most Creative keyboard players ....Ever.
YEAAAH BABY BUBBA  !! 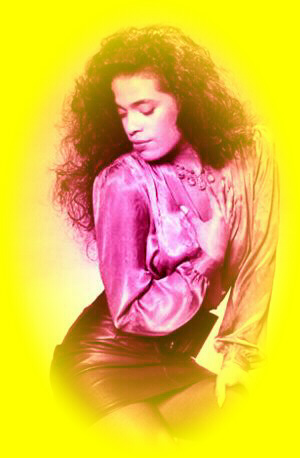 The Mother of many haunting & beautiful melodies ,CCO of Cherubim Source Productions Inc.

The one who always loves and inspires me to carry on no matter what.....

Steven Dunn
LARRY DUNN :    My Dear Brother , you know what can I say we have been partners in crime on many great projects going back many years on the rictor scale of 1 to 10 in music tastiness.... he rates somewhere around "500"    He's always listening and paying attention, And... he always come up with it.

p.s. most of us already know about his drumming .
Love you, Bro.

Tell you the truth.... as you already know, kickin' it with me & Lulu at the pad.... I'm a "Gadget" freak & I always loved the look of Oscilloscopes, so in the 70's when I started playing synths that were based on wave forms this gave me the perfect excuse to start buying my "Osilly-scopes".

You must be one of them cats that has to know er damn thang ?!?

And, the 70's was a great time on certain levels yet not so great on others (speaking on a worldly or universal level.) Musically, I feel certain things were happening that was good.  Some great & some sucked..... but as you well know, every era comes complete with its struggles, to always make it a challenge both artistically & politically.... for Human Beings to raise the bar, perhaps it is indeed these adversities which either allow or push us to the level of greatness.

LARRY DUNN :
I use to go back & forth alot.  but,  I really have taken a liking to "Logic 6"  the serious tech head might argue pros & cons.... but I think most musicians would agree :

LD : Excuses are like "A-holes" everyone has one & they all stink...

After so many years performing,  I think we all know the rush ,energy and the mad crazy love given by the audience !!     Gotta have it.

On the other hand...... I equate working in the studio to a parent or a lover secretly preparing and wrapping a most special present for their loved ones. Translation if you don't  do something good in the studio,  what the hell you gonna play live.

So , tell me about th Future of  “L.D.O”…..?
LARRY DUNN : Well.... let me start by talking about the L.D.O. name.... I think this will blow you away (not necessarily in a good way.)  You know for quite some years, and me & "Lulu"  and people such as yourself have discuss this, there seems to be a serious type of "Mental Genocide" that is taking place not only in this country.... but is wide spread
under the current administration who with their many cut backs getting rid of alot of necessary programs that affect our communitys i.e. music, health, education etc.....  because of this lack of understanding & education  ( believe it or not we've received some resistence concerning the L.D.O. name ) when my first album was reviewed by some jerk in Germany he couldn't inspite of the fact that he liked the album get pass the fact that I used the word "Orchestra" in my title !?!?!    I guess because he didn't hear any tuba's , basoon's ,clairnet's etc.. he seemed very confused   "BIG DUMMY" * in Fred Sanford voice*
At any rate..... to avoid any further confusion from "the DUMMY factory" people like my wife, my best friend & attorney agree we'll just stick with "Larry Dunn",  sad isn't it.

LARRY DUNN :  Anyway back to your question.... as for the future as you know because you're already on it &  in a Big Way "thanks" !!     I'm in the final stretch of my 2nd album,  Lulu & I are still doing some jingles for the Japanese market, still doing my voice over thing, we're finally going to be picking up where we left off and completing Luisa's long awaited album.    I finished my keyboard work on the new Jimi Hendrix tribute album coming around June ?  *I believe*    I'm also all over the new Ronnie Laws  album which is either out now or coming soon,  a really great piece of work on Ronnie, I did some nice keyboard stuff on my brother Steven Dunn's album which he is currently mixing now.....

For always lookin’ out for me …

I give much thanks to GOD for bringing you into OUR lives......